Suzhou garden, modern interpreted.  Wujiang Middle School was a remodel of the public lounge and walkway areas of the school administration building located at Wujiang, Suzhou. The design was a nod to the famous and historical Suzhou gardens, which emphasized interesting natural rock formations, man-made waterways, and tranquil pavilions. Prominent to the design was a vertical garden wall, whose aim was to improve on the space’s sustainability, indoor air quality, energy savings, and acoustic dampening. Project area: 750sqm. 2012. 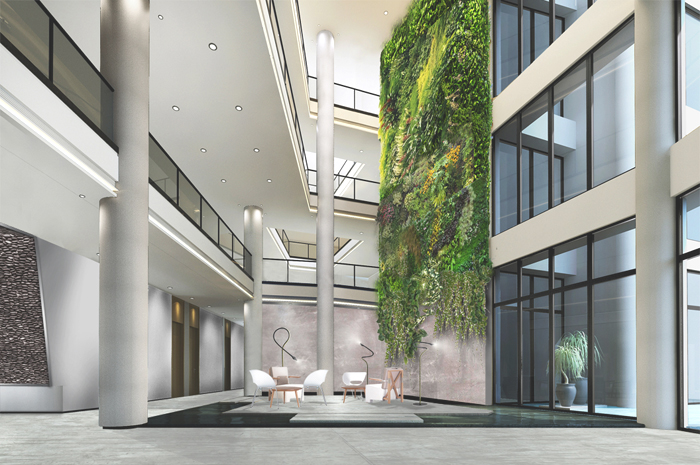 Modern, fun, student library hangout.  This was an interior design of the library at Wujiang Middle School. Graphics in the queuing/social area were used to create visual interest, and the playful sci-fi partition openings were encouraged by the rounded portals found in Suzhou garden walls. Project area: 615sqm. 2012.

Thank you for dropping by our site!  Let us help you improve your home or your work place.

Give us a call or email us directly, we’d love to hear from you!